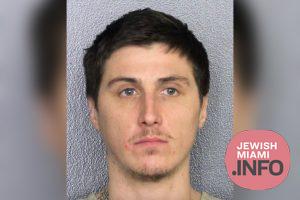 A suspect has been arrested by Broward County Sheriffs in the double fatal hit-and-run that took the lives of two South Florida children.

The identities of the injured and deceased were released Tueesday, naming Andrea Fleming, 6, and Kylie Jones, 5, as the two who died. Boys Johnathan Carter, 10, and Andre Fleming, 2, and girls Draya Fleming, 9, and Laziyah Stokes, 9 were also injured and taken to Broward Health Medical Center, where two are listed in critical condition, according to reports.

Judge Joseph Murphy ordered Greer held without bail at his first court appearance after Greer flipped out, knocked over a podium and had to be whisked away by a deputy.