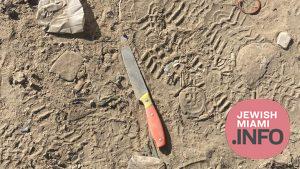 The incident occurred at the Al Aroub Junction, when a female Palestinian Arab terrorist attempted to stab Israeli security personnel.

Israeli soldiers responded by opening fire on the terrorist, neutralizing her.