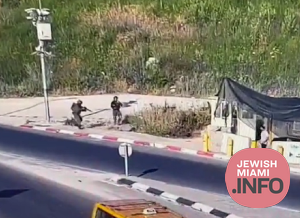 The incident occurred near an army position near the Palestinian Authority-controlled city of Shechem (Nablus) in Samaria, when a terrorist attempted to stab an Israeli soldier.

Other Israeli security personnel on the scene opened fire, neutralizing the terrorist.