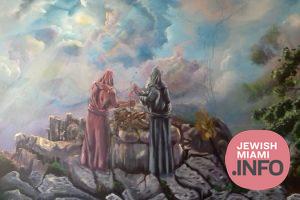 The History of Hakhel

The history of Hakhel goes back a long way. Longer than you think!

When did the first Hakhel that is mentioned in the Torah take place? Was it after the first Shmita that the Jewish people observed?

The first Hakhel took place on the first Friday night when Adam gathered all the animals (and even the angels) and praised Hashem for Creation (Midrash).

The second Hakhel was a bad one when the nations got together to build the Tower of Bavel.

The third Hakhel took place when all the inhabitants of the world gathered in Noah’s Ark. This was reminiscent of the times of Moshiach when, “A wolf will dwell with a sheep …” and they will not harm or attack. [Isaiah 11:6]

Okay you say, but when was the first Hakhel of the Jewish people? Surprise surprise, it is in Parshas Vayechi!

Yaakov speaks to his sons and tells them “Gather and I will tell you what will happen at the end of days”. He is asking his sons to gather their families for this Hakhel event (see Rashbam) .

During this historical gathering, there must have been over 1000 people.

What did Yaacov Avinu do at this Hakhel event?

He started by speaking about “Acharis Hayomim”, the times of Moshiach. He ‘farbrengd’ with them, bringing out their good attributes, exhorting them to perfect their ways, foretelling the future and blessing them. What a Hakhel it must have been!

The next Hakhel that is mentioned in the Torah was at Mount Sinai and they were addressed by Hashem Himself!

It is interesting to note that when Yaakov told his sons “Gather and I will tell you (agida) what will happen at the end of days” he chose the word ‘agida’ which is the word for bundle, bind, or group.

Perhaps this is a hint that whenever we ‘gather together’, this act of HakHel is something that is  ‘tied’ to bringing Moshiach

May this happen speedily in our times, when G-dliness will be revealed (vilo yiconef oid Moirecha) and it will be “greater than any blessing that can be conceived in this world” (kaddish prayer).