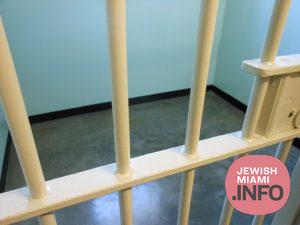 A Florida woman was sentenced today to 44 months in prison for defrauding the Paycheck Protection Program (PPP) of more than $3.3 million in loans guaranteed by the Small Business Administration (SBA) under the Coronavirus Aid, Relief, and Economic Security (CARES) Act.

According to court documents and evidence presented at trial, Keyaira Bostic, 32, of Pembroke Pines, obtained a PPP loan of $84,515 for her company, I Am Liquid Inc., based on false information about the company’s number of employees and average payroll and on false supporting tax and bank documents. Bostic paid more than $21,000 to a co-conspirator, James Stote, as a kickback for his assistance in preparing and submitting the fraudulent loan application. The evidence showed that Bostic, in exchange for kickbacks, referred other co-conspirators to the scheme and Stote submitted fraudulent PPP loan applications on their behalf. Those loan applicants sought more than $3.3 million in fraudulent PPP loans and obtained nearly $2 million in PPP loan proceeds.

A federal jury in Fort Lauderdale found Bostic guilty of conspiracy and wire fraud on Nov. 24, 2021. In addition to her prison sentence, Bostic was ordered to serve three years of supervised released and pay approximately $1.3 million in restitution and $124,515 in forfeiture.

In addition, on Feb. 1, Luke Pierre Jr. was sentenced to two years in prison for obtaining a fraudulent PPP loan of $414,675 as part of this criminal scheme. According to court documents, Pierre, 36, of Port St. Lucie, pleaded guilty in the Southern District of Florida to conspiracy to commit wire fraud on Nov. 1, 2021. As part of the fraud scheme, Pierre obtained a PPP loan for his company, Most Wanted Bullyz LLC (MWB), a dog breeding business, in which he falsely represented that MWB had 21 employees and an average monthly payroll of $165,870. In reality, MWB had no employees and no monthly employee payroll. Pierre gave a large portion of the fraudulent loan proceeds he received to co-conspirators who helped obtain the loan, including Stote, and disguised one such payment of over $100,000 as “stud fees.” In addition to his prison sentence, Pierre was ordered to serve three years of supervised released and pay $414,675 in restitution and $414,675 in forfeiture.

Stote pleaded guilty on Dec. 15, 2021, to conspiracy to commit wire fraud in the Northern District of Ohio. He is scheduled to be sentenced on May 6.

IRS-CI, the FBI, and SBA-OIG investigated the cases.

The Fraud Section leads the Criminal Division’s prosecution of fraud schemes that exploit the PPP. Since the inception of the CARES Act, the Fraud Section has prosecuted over 150 defendants in more than 95 criminal cases and has seized over $75 million in cash proceeds derived from fraudulently obtained PPP funds, as well as numerous real estate properties and luxury items purchased with such proceeds. More information can be found at https://www.justice.gov/criminal-fraud/ppp-fraud.

In May 2021, the Attorney General established the COVID-19 Fraud Enforcement Task Force to marshal the resources of the Department of Justice in partnership with agencies across government to enhance efforts to combat and prevent pandemic-related fraud. The Task Force bolsters efforts to investigate and prosecute the most culpable domestic and international criminal actors and assists agencies tasked with administering relief programs to prevent fraud by, among other methods, augmenting and incorporating existing coordination mechanisms, identifying resources and techniques to uncover fraudulent actors and their schemes, and sharing and harnessing information and insights gained from prior enforcement efforts.