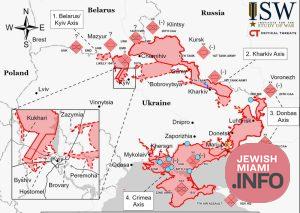 Russian President Putin announced the invasion of Ukraine on February 24th, and immediately followed it with action. The following is a summary of incidents, numbers and breaking news on the war.