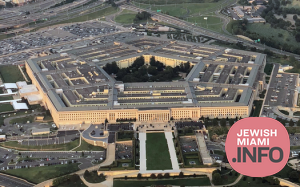 US Cancels $130 Million in Military Aid to Egypt

The Biden administration has cancelled $130 million in military aid to Egypt over human rights concerns, The Associated Press reported.

The announcement, which was made on Friday, came just days after the administration approved a massive $2.5 billion arms sale to the country.

The State Department said Friday that Egypt had not met the conditions to receive the $130 million in foreign military financing that has been on hold since September. It said the money would be shifted to other programs but did not elaborate.