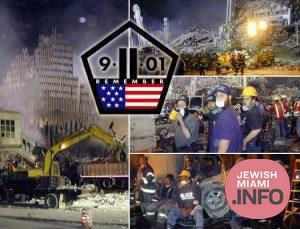 21 Years later Part 3: 9/11 Through The Lens of A Shomrim Volunteer

Amid the chaos and panic following the airliners slamming into the two World Trade Center towers on September 11, 2001, many men and woman answered a higher calling – instead of running away, they turned and ran towards the burning buildings in desperate attempts to rescue those trapped in the burning inferno. Among those brave men was a band of Shomrim volunteers from Crown Heights.

During their time at ground zero, one of the volunteers took these historic videos, published here on Crown Heights.info for the first time.