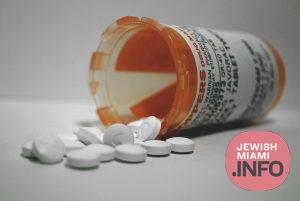 Attorney General Ashley Moody today filed an emergency rule to add eight deadly synthetic opioids to the Schedule I of controlled substances in Florida. The drugs, categorized as nitazenes, have no medical use and can cause adverse health effects, including overdose deaths. These synthetic opioids are linked to at least 15 deaths in Florida since 2020, including two in Pasco County. This emergency order makes it a felony for an individual to possess, sell, manufacture or deliver any of these eight drugs.

Attorney General Ashley Moody said, “I am taking immediate action to outlaw these eight deadly synthetic opioids in Florida, to prevent future deaths. Not only are we seeing an increase in the number of nitazene cases identified in Florida, but we also suspect these substances are being mixed with more common street drugs and sold to unsuspecting users. Some nitazenes are many times more lethal than fentanyl and we must make sure they do not become more prevalent in our state, or I am afraid we will see overdose deaths skyrocket.”

Forensic labs in Florida first began identifying cases of nitazenes in 2020. Since then, 268 cases have been identified; however, the prevalence of these substances likely exceed those reported. The number of nitazene cases rose to 171 in 2021, compared to 13 found in 2020. As of March 18, 84 cases had been identified in Florida. Nitazenes may appear in many common forms, including powder, liquid and counterfeit prescription pills.

Attorney General Moody will work with state lawmakers during the 2023 legislative session to codify the nitazenes permanently as Schedule I controlled substances in Florida.