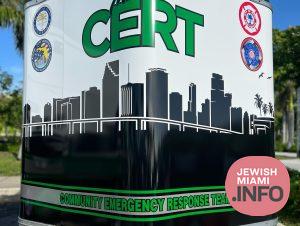 The City of Miami announced the re-activation of the nationwide response C.E.R.T. Team, an educational program aimed at preparing the community for emergencies.