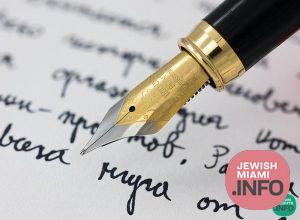 Op-Ed: An Epidemic That No One Is Talking About

There is an epidemic that no one is talking about. It’s more contagious than covid. It’s more contagious because we get it from ourselves. Type 2 diabetes, obesity, heart problems, high blood pressure, strokes, and all kinds of other issues. It’s caused by unhealthy eating and lack of exercise. Just look at pictures of weddings, l’chaims, dinners, on this web site and you’ll see what I am talking about.

You’re at a wedding. You grab some finger food at the smorgasbord. If you’re like me 7 years ago you got to the women’s side because that’s where the good stuff is. You are careful. Maybe you only have 3 or 4 small portions. Or you use one of those small plates and feel good about yourself because you’re not eating that much. Then you go to the chuppah. Maybe you had to walk from Oholei Torah to 770 and back. Hey, it’s strenuous. You are expending calories. Then you go to the ballroom. You wash. After all, it’s a seudas mitzvah. You eat a roll or two and then you have the entrée. Usually, it’s fish or a blintz or maybe both depending on how much the baal simchah spends. Then you eat some of the salads that are on the table and the soup with croutons or with a bread stick. Maybe the bread stick is whole wheat so it must be healthy. You go over to the head table to say l’chaim to the choson and machatonim. Gotta have some farbeisin. Oh, I forgot. Chances are you probably ate something at home before the wedding. After all, who knows when they are going to serve. And let’s not forget about the sweet table. I was at a wedding recently where there was a sushi spread as part of the sweet table. So, now you’ll probably load up on those little cakes, the hot apple strudel etc. And sometimes they put out all kinds of hot food for the people who only come for the simchas choson v’kallah. What’s the harm in having some of that, after all, you’ve been burning calories dancing. So, tell me, why are you eating the main dish? You’ve already eaten too much!

Six years ago, in March 2016, I had a wakeup call. I was 59. I was overweight. My doctor put me on blood pressure pills. I didn’t want to take pills; one pill begets another.  I embarked on a health journey. I changed my eating habits, took up running and slowly weaned myself from the pills. Along the way I got rid of 75 pounds, gout, severe acid reflux from a hiatus hernia, and got my blood pressure under control.

Was it easy? No. Did it take time? Yes, a long time. Was it worth it? Absolutely.

I’m not going to give you advice. I’m not a doctor or nutritionist. All I can do is tell you about my experience and hopefully you will be inspired to do something for yourself. Because you can!

I did two things. I started exercising and changed the way I eat.

At the time I was doing some walking so I decided that I would try running because I read that running revs the metabolism more than walking. When I started, I couldn’t run more than 200 yards without stopping to catch my breath. I would start out walking and then run a little and then walk some more. Over time I started lengthening my running time until I was running a 3-mile route without stopping for a walk break. It took many months until I was able to run that distance but once I did, I kept adding mileage in small increments. And in June 2018, I ran my first full marathon. That’s 26.2 miles.

Exercise only represents about 10 to 15% of weight loss. The rest is intake. So, I stopped eating lots of stuff. I like to tell people that I cut out vitamin K. What is vitamin K they ask? Knishes, kugel, kreplach, karnatzel, kishkeh. I didn’t deprive myself. I eat a danish occasionally. I cut out a lot of the garbage and started eating healthier. One thing I did not do is go on a “diet”. Did you know that the diet industry was valued at $192.2 billion in 2019? Do you know what it is built on? One word: FAILURE. 95% of people who go on a diet will gain back all the lost weight and then some. Be honest. How many diets have you been on? If you are one of the 5% then kol hakavod!

How did I do it? I cut down on portion size. We really don’t need to fill our plate with food. Instead of eating a dinner plate size portion I eat an entrée plate size portion. The brain only registers fullness 15-20 minutes after eating. You think you are not full, but you really are. In fact, The Rambam says (Hilchos Deos 4:2) that you should only eat 75% of what you now eat. Now you know why. You don’t have to fill the plate. I also eat fruits, vegetables, nuts, and dried fruit. That’s where I go when I want a snack.

Slowly the weight came off, my running increased, and my overall health greatly improved. It took a long time, and it wasn’t easy. There was a point in the process where I reached a plateau and the weight stopped decreasing no matter what I did. That was probably the hardest point in my journey. It lasted about six months. I persisted and then the scale started to move down again. I got rid of 75 pounds. My current weight hovers around 150, my acid reflux disappeared completely, and I don’t have gout attacks. I’m 65 but I feel much less. BH, I can honestly say that I feel better now than I did at 40. Aging is inevitable; being old is a choice.

And the pills. I stopped taking them a long time ago. I kept them as a motivator. If I wasn’t in the mood to run, I looked at them and was out the door! I recently met my doctor. I thanked him for prescribing them! On November 7, 2021, I threw them in the garbage at the finish line of the New York City Marathon!

You can do what I did. It takes time. It takes patience. It’s not easy. Don’t get discouraged. I walked the walk, so can you. You don’t have to run marathons. Exercise 3-4 times per week for half an hour each time. A brisk walk, bike, swim, treadmill, whatever.  Anything that gets the heart pumping. Eat better.  There is no such thing as “I can’t”! It can be done. I did it, so can you! I call it the 3 P’s. Persistence, Patience, and Perspiration! The weather is good; get out there!

If you have any questions e-mail me at health@richler.org.

Stay healthy and have a wonderful summer!