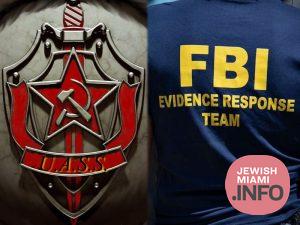 “Those in power know this [the power of pictures], which is why Stalin kept photographers out of his gulags and the Biden White House tried to keep Project Veritas cameras away from the border.” James O’Keefe of Project Veritas

When I was first introduced to Yud Beis Tammuz, I was appalled! I came to Chabad in my early twenties knowing little about Halacha and Jewish customs. I was eager to absorb the teachings and the culture. Everything I learned lined up with the moral values I was brought up with.

I did not realize that I was ignorant about Jewish history in Russia. So when I heard Chabad Rebbes had been imprisoned, I was shocked and heartbroken. I feared the lifestyle I was embarking on was led by criminals.

I soon learned that if the Rebbes were indeed acting contrary to the laws of their country, it was because the laws were immoral, not our Rebbes.

I learned a tremendous amount from the book, “A Mother in Israel: The Life and Memoirs of Rebbetzin Chana Schneerson”. One of the things that made a lasting impression on me was how one Jew could not acknowledge being acquainted with another Jew; in case an informer was watching. The Rebbitzen’s writings gave me a glimpse of what it is like to live without freedom of speech. I read the books “Subbota” and “In the Shadow of the Kremlin”. In the N’shei Chabad Newsletter I read the accounts by Henya Laine about her mother, Rebbitzen Kazen’s, childhood in Russia, together with other personal stories of that era.

These writings are a crucial part of knowing our history. And more frightening to me… we need to understand the political tools used to perpetrate horrific tragedies in Stanlinst Russia, to recognize similar patterns as they emerge in American society. We do not want to wait until America actually resembles Stalin’s Russia.

Stalin took political prisoners to solidify tyrannical control over his country. Following the January 6th riot in our nation’s capital, the current American regime of elites has charged more than 700 people with crimes in connection with attempted insurrection. Many of them are languishing in prison, some in solitary confinement, often with very minimal charges, or worse yet, no charges at all. It has been reported that two of those incarcerated have committed suicide. Actual suicide.

Jail conditions have been reported as including beatings by guards, being scorned and labeled white supremacists, denied religious services (remember this is America and the prisoners are Americans), denied personal hygiene, denied time with attorneys and visits from family and friends, denied bail, and living conditions have, in polite terms, questionable plumbing. Yes, I am still referring to an American jail, and the majority of these prisoners have never committed a crime, and many are veterans.

Re-education is forced upon them with having to read books on Critical Race Theory. And some have been offered sweet deals if they sign a document denouncing Donald Trump and agreeing to stay away from social media or programs promoting anything related to Trump. One such prisoner was allowed to return to his parents’ home, under supervision. But he was found watching Mike Lindell and was sent back to jail. He is not a terrorist. He is a political prisoner, and his treatment is an example to others, instilling fear in those who might be inclined to attend a Trump rally or engage in pro-Trump features online.

Meanwhile, Tech giants, corporate media and the ruling elites dominate the platforms of influence, convincing and scaring the masses with Woke ideology.

In his book, “American Muckraker”, James O’Keefe explains:
“Decades of case law made it clear that public officials lack authority to censor dissenting voices in America… in 1996, the Communications Decency Act was passed, by which those frustrated public officials, unable to censor the citizenry themselves, decreed blanket immunity on Big tech and Big Media to sensor private citizens… Unrestrained by government, Big Tech and Big Media happily take up the torch of censorship, casually banning, de-boosting, and defaming those with whom they don’t agree… public officials now use the very system they created to accomplish that which the law says public officials could not do: censor private speech”.

So, we have political prisoners, we have censored speech, and we have show trials. In a recent show trial, the defendant was Alex Jones.

During an interview with popular podcast host and author, Michael Malice, constitutional and civil rights lawyer, Robert Barnes said, “In the 1930’s, when we were attacking Soviet show trials, the first that language was getting utilized in legal, public discourse in America, our point was, hey, the big difference in America is you always have your day in court. Alex Jones never got his day in court.” Barnes further mentioned violations of federal and state constitutional rights. Jones was denied a trial of the merits of the case in front of a jury, denied due process rights, including rights to confront his accusers, stripped of procedural rights and the right to bring a summary judgement motion. Barnes explained how Jones’ case involved jury selection manipulation. Further explanation of how these things happened is beyond the focus of this article. My point is that this is happening in America today. And it is already clear the Alex Jones case is going to be used as a precedent to take down, not only Alex Jones, but other skeptics who question official narratives, such as election results, Covid mandates, and Biden family criminality.

How did America become so disoriented? What were the similar trends in Russia leading to the Stalin era? That’s easy. From the stories about the Rebbe’s father, and the account of the Rebbe Rayatz in prison, Subbota, Rebbitzen Kazen and that entire generation of steadfast Jews, we know how the Russians tried to eradicate Hashem and religious observance. For Marxism to be imposed upon people, the government needs their population to be subservient to them. A strong belief in, and active service to Hashem, undermines the power of authoritarian rulers.

In 1962, atheists managed to bypass the democratic system in America and manipulate the Supreme Court to take prayer, and reference to Hashem, out of schools and public places. In many parts of America, it is not ‘cool’ to be religious. Starting in the educational systems, the decline in Biblical values is closely followed by an increase in susceptibility to all sorts of sweet sounding, wayward, isms. The absence of belief in G-d leaves a natural yearning unfulfilled, making individuals search for meaning and purpose. Chabad Houses on college campuses, and at locations far and wide, are on the front lines of defending and promoting belief in Hashem across America and around the world. Their task is overwhelming. Until recently, I had never heard of Voronezh in Russia. There is a Chabad House in Voronezh. I just made a donation. We need to save America, and we still can’t forget Russia. And anywhere Chabad Houses are established. Against all reasonable logic, Our Rebbe set up the network to fight against wokeism. If we are not deployed in active duty, we still have to find a way to support our troops.

The Rebbe also established the system of Mivtzaim, a previously unheard-of way to enable Jews to do Mitzvahs. I remember the backlash by religious groups who thought it an abomination to put Tefilin on otherwise non-observant Jews. Mitzvah mobiles and Giant Menorahs were the topics of media and courtroom battles. We won the battles… but we still have to win the war.

Another obstacle to advancing Marxism is a strong family. The Soviets replaced family loyalty with Communist Party loyalty. In America the forces of destruction of the family unit come from numerous ugly sources. In his teachings, Our Rebbe repeatedly emphasized the importance of family and education of children. I am convinced that the best way to grow up is with siblings. I believe that having siblings encourages character development, accepting responsibility and feeling part of a whole. When I see youth join groups like Antifa, they seem to be looking for acceptance, and I wonder if they grew up with siblings.

I don’t know if Americans today could withstand the hardships of Stalinist Russia. Luckily, that is not our challenge. The question is, are we able to withstand the challenges that confront us today.

I am writing this essay between Shabbos Mevorchim Elul and Shabbos Rosh Chodesh Elul. I hope that I have given my readers something to think about… and to act upon. Shana Tova U’Metukah!