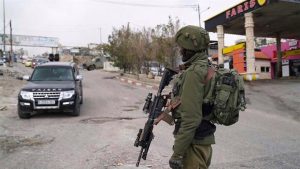 Two policemen were moderately wounded in a stabbing attack near the Lion’s Gate ate in the Old City of Jerusalem.

The terrorist was neutralized and apparently eliminated.