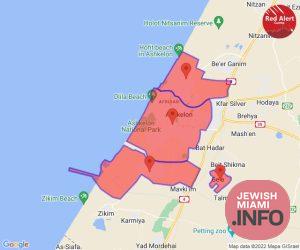 The calm of the Sabbath was interrupted overnight Friday, as sirens were sounded in Ashkelon and in other communities located near the Gaza border.

The IDF confirmed that two launches of rockets from the Gaza Strip into Israeli territory were identified.