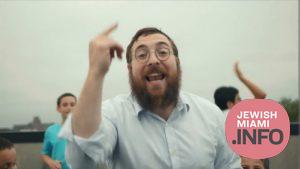 Young Singer Breaks Out To The Music Scene With His First Single, “Sulam Sheli”

Shmuly Hurwitz stems from a musical family of chazzonim and singers. Whether at a Simcha or event, Shmuly is a star performer, who mesmerizes his crowd and brings them to their feet. He has been singing and entertaining at simchas and affairs, as well as serving as a chazzen for the past few years. Shmuly’s popularity and charisma have him traveling the globe, thrilling crowds and spreading joy to young and old at various occasions as an entertainer.

Shmuly wants to kick off the post-Tisha B’av music season with an inspiring fast-paced Hebrew song titled “Sulam Sheli / My Ladder.” The message of the song is clear. You are always exactly where you are meant to be! Life is full of ups and downs, and during the struggles it can be hard to remember the bigger picture. Sulam Sheli is there to remind the listeners that there is always a bigger picture and life’s difficulties are only there to take you to new heights. Believe in yourself! Every challenge is another step in the ladder that keeps taking you to new heights. Sulam Sheli was composed by hit maker Mordechai Brezel and arranged by Rush Productions.

Listen to shmulys music on